Carlos Barbero: “My dream is Milan-Sanremo” 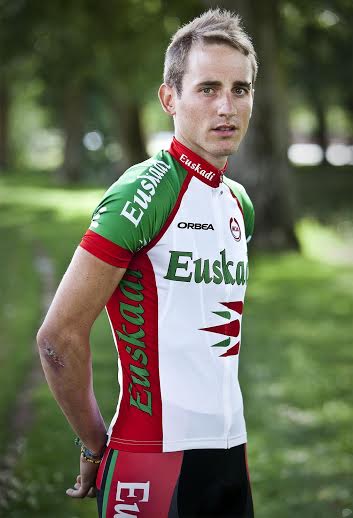 Four years ago, he made himself noticed for the first time in the U23 ranks, winning a stage in the Three Days of Alava. Since then, Carlos Barbero continued to impress and develop into a strong sprinter, whose dream is to win Milan-Sanremo, as his idol, Mario Cipollini, did back in 2002. Riding for the Continental team Euskadi, the 23-years-old Spanish cyclist had a great start to the season, winning the Volta ao Alentejo and finishing third in the Vuelta a la Rioja.

More than sure, these results will bring him in the spotlight and catch the attention of World Tour teams, but Carlos Barbero doesn’t think of this, the only thing on his mind being to continue his strong series of results. More on this and his future goals, in the following interview.

– Carlos, are you satisfied with your season so far?

My goal was to improve my results in each race I rode in the previous season. In the Volta ao Alentejo, the stages suited me with those punchy climbs and steep gradients, and thanks to the bonifications I managed to take the GC win. It was a very tense race, since it was decided for only a few seconds.

– How important was that win?

This victory was an enormous satisfaction and means a lot to me because a few months before the race, in the winter, it looked like I don’t have a future in cycling anymore, due to the financial problems encountered by the Euskadi team and the fact I didn’t get any offers from other teams.

– After Alentejo, you raced Vuelta a la Rioja and the Tour du Loir-et-Cher.

Yes, and in both races I finished on the podium. We all like to win, but ultimately, top three placings are also important.

– You’re impressive in the sprints and on the short climbs, but are there any other skills you’d like to develop?

I want to improve these two qualities, after all, you have to put in value the skills you have and try to be the best. As sprints and short climbs suit me, I want to be good when it comes to these, especially as my dream is to win Milan-Sanremo.

– What’s your programme for the rest of the season?

What I know for sure is that I will race the Vuelta a Castilla y Leon, the National Championships, Tour of Qinghai Lake, Klasika de Ordizia, Circuito de Getxo, and the Vuelta a Burgos.

– Are you thinking of signing with a Pro Continental or World Tour team for next year?

I have no plan for next season, I just take things day by day and hope that in the end I will be able to sign with a team of a higher category. This is my goal.