Danny van Poppel: “I’d like to do the Vuelta” 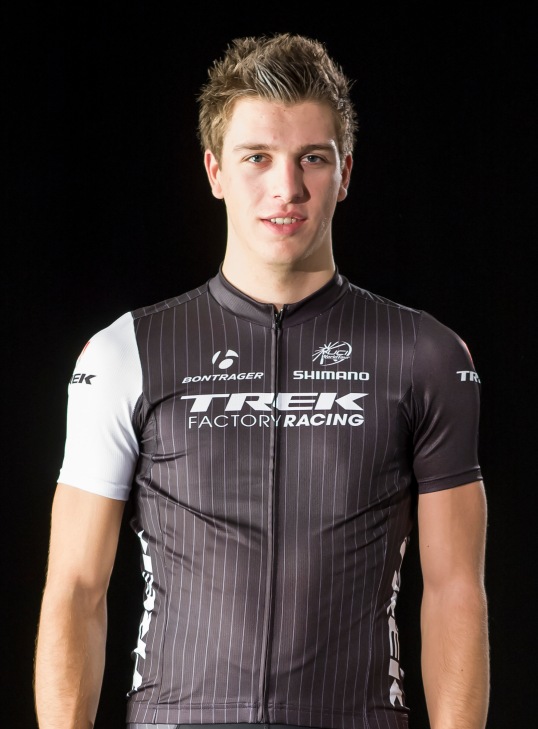 One of the best riders in the Junior and U23 ranks a couple of years ago, Danny van Poppel is now in his second season as a pro. After the demise of Vacansoleil, he and his older brother, Boy, signed with Trek Factory Racing, a team where he gets to play a leading role in many important races. This was the case in March, when he won a stage in the Driedaagse van West-Vlaanderen, after an excellent sprint.

Just 20-years-old, Danny van Poppel dreams of winning the World Championships and Milan-Sanremo, cycling’s longest Classic. Until then, he continues to improve and build a nice palmares. This week, with the help of Ard Bierens, Trek Factory Racing’s press officer, I got to talk to the young Dutch rider before he started his second World Tour stage race of the season, the Tour de Romandie.

– Danny, are you satisfied with the way things went in the first months of the season?

I’m very happy, I got that victory in Driedaagse van West-Vlaanderen and two other podiums, in another stage there and in Scheldeprijs. It was important for me to get a win so early, because I’m in a new team and I need to prove what I’m capable of. If last year I worked for others, now others work for me and I have to get results.

– You’ve also raced some Classics. How was that experience?

It was very nice. I raced for the first time Gent-Wevelgem and Brabantse Pijl and I liked it. Actually, I think in the future I can take part in these races with the goal of getting some nice results.

– In terms of progress, what do you feel you’ve improved in the first months with Trek Factory Racing?

My training was excellent so far, and this helped me be more relaxed in the races. Also, I’m more focused during the races. This wasn’t the case last season, when I had a very busy schedule. The team is doing a great job taking care of you and I must say it’s all much better than in my first year as a pro.

– After a late call, you’ll ride the Tour de Romandie this week.

Yes, but I don’t have any specific goals. I want to prepare here for the Tour of California, that’s an important goal for me and the team. I would like to take a stage win there, but it will be very difficult, with Mark Cavendish and Peter Sagan in the race.

– Do you know your schedule for the second half of the season?

Not really. What I know is that I will do the Tour of Luxembourg, in June. I hope to do the Vuelta, but the team would like me to stay away from the Grand Tours this season. We will talk about it after the Tour of California and we’ll see what my programme will be.