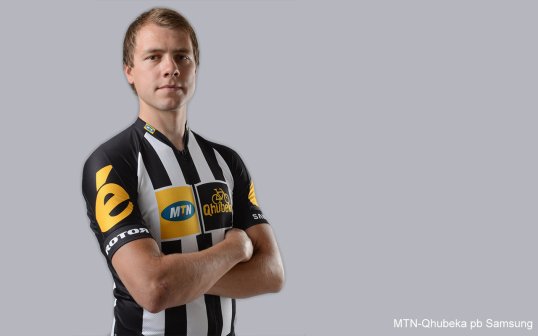 2015 will mark Edvald Boasson Hagen’s 7th season in the pro peloton, one which finds him in the roster of MTN-Qhubeka, his third team since turning pro, after HTC-HighRoad and Sky. One of the biggest talents in the sport, compared by some with Sean Kelly, and by others with Laurent Jalabert, the Norwegian is just 27-years-old, and so far has built himself a nice palmares, which includes Gent-Wevelgem, the Vattenfall Cyclassics, stages in the Giro d’Italia and the Tour de France, two GC wins in both the Tour of Norway and the Eneco Tour, as well as a silver medal in the World Championships.

A rider made for the Classics, but who is equally impressive in stage races or in the ITT, Boasson Hagen didn’t have a great season in 2014, and at the end of it he took many people by surprise when he decided to switch teams and sign with MTN-Qhubeka, where he’s sure of getting plenty of opportunities of getting back at the top. After a good start in the Challenge Mallorca (19th in the Trofeo Santanyi), Edvald Boasson Hagen is ready for the Tour of Qatar and Tour of Oman, where he’ll build up his form for the Spring Classics.

But before travelling to the Middle East, the Norwegian rider made some time to answer a couple of questions for Cafe Roubaix regarding his goals for this season.

– Edvald, 2014 was your first season without a win since turning pro. What do you think were the causes for this?

It’s not fun not winning a race, but sometimes it doesn’t mean anything. Hopefully I can do better this year. I still had good moments last season, and the best one was in the Spring, when I finished third in Omloop Het Nieuwsblad. I was strong there, I didn’t win, but my team mate did it, and it was important for me to be this close.

– In the past seasons you’ve become better and better on the mountains. Do you feel this stopped your development as a Classics rider?

It’s hard to say actually, but I don’t feel that the Classics or the sprints could have been any better. I also didn’t win any mountain stages, so I can’t say if this stopped or not my development. What I do know is that I will try to go back, to be more punchy and do better in the sprints now.

– What were the reasons that stood behind your transfer to MTN-Qhubeka?

After five years with Sky, where it was really nice, sometimes it is good to try something new and when MTN-Qhubeka p/b Samsung came and started talking about the team’s project, my chances and the project behind Qhubeka, which helped other people throughout the bike, it was enough to convince me. I’m sure I’ll get a lot of opportunities here.

– Do you see this move as a new start in your career?

It’s difficult to say. It’s not a new start, for me it’s just a change of teams. Hopefully, I will come back and win more races again, because that’s also what the team wants, to win as much as possible and to promote Qhubeka thanks to these victories.

– On what did you focus during the winter?

I’ve been working a lot more in the gym to develop my strength and hopefully I’ll be better now on peak power and sprinting.

Same ones like before, the Classics and the Tour de France. I want to go in all these races and as I said, I want to start winning again, because I missed that last year.

– Speaking of the Classics, how would you rate MTN-Qhubeka’s team for these races?

I think it’s a strong group of riders, with a lot cyclists made for the Classics, and I’m sure we will race together really well.